AC/DC have sold more than 200 million records worldwide, including 71.5 million albums in the United States, making them the tenth highest-selling artist in the United States and the 14th best selling artist worldwide. Back in Black has sold an estimated 50 million units worldwide, making it the third highest-selling album by any artist, and the highest-selling album by any band. The album has sold 22 million units in the US, where it is the sixth-highest-selling album of all time. AC/DC ranked fourth on VH1‘s list of the “100 Greatest Artists of Hard Rock” and were named the seventh “Greatest Heavy Metal Band of All Time” by MTV.[13] In 2004, AC/DC ranked No. 72 on the Rolling Stone list of the “100 Greatest Artists of All Time”. Producer Rick Rubin, who wrote an essay on the band for the Rolling Stone list, referred to AC/DC as “the greatest rock and roll band of all time”. In 2010, VH1 ranked AC/DC number 23 in its list of the “100 Greatest Artists of All Time 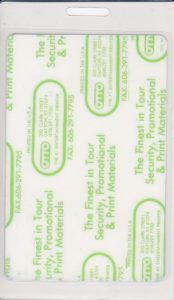 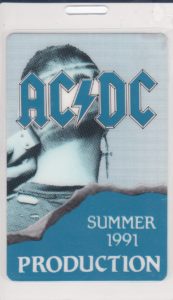 Another great tour ! All Access Pass ! Own A Real Piece Of Rock & Roll History

AC/DC are an Australian rock band formed in Sydney in 1973 by Scottish-born brothers Malcolm and Angus Young. Their music has been variously described as hard rock, blues rock, and heavy metal; however, the band themselves describe their music as simply “rock and roll”.

AC/DC underwent several line-up changes before releasing their first album, High Voltage, in 1975. Membership subsequently stabilised around the Young brothers, singer Bon Scott, drummer Phil Rudd, and bass player Mark Evans. Evans was replaced by Cliff Williams in 1977 for the album Powerage. In February 1980, a few months after recording the album Highway to Hell, lead singer and co-songwriter Bon Scott died of acute alcohol poisoning.[4] The group considered disbanding but stayed together, bringing in Brian Johnson as replacement for Scott.[5] Later that year, the band released their first album with Johnson, Back in Black, which they dedicated to Scott’s memory. The album launched them to new heights of success and became one of the best selling albums of all time. 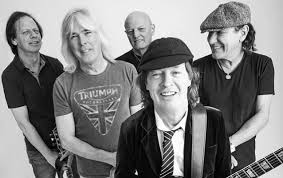 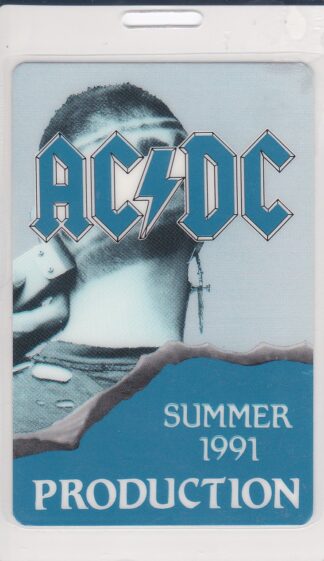