ANTHRAX “AMONG THE LIVING” 1987 ALL ACCESS TOUR PASS VINTAGE

Anthrax is an American heavy metal band from New York City, formed in 1981 by rhythm guitarist Scott Ian and bassist Dan Lilker. The group is considered one of the leaders of the thrash metal scene from the 1980s and is one of the “Big Four” thrash metal bands with Metallica, Megadeth, and Slayer; Anthrax is the only one of the four from the East Coast, and often credited as one of the early thrash metal bands to emerge from there, along with Overkill and Nuclear Assault.[1] The band has released 11 studio albums, several other albums, and 26 singles, including collaborating on a single with American hip hop group Public Enemy. According to Nielsen SoundScan, Anthrax sold 2.5 million records in the United States from 1991 to 2004, with worldwide sales of 10 million. 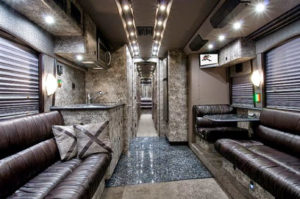 ANTHRAX “AMONG THE LIVING” 1987 ALL ACCESS TOUR PASS VINTAGE

Among the Living is the third studio album by American thrash metal band, Anthrax. It was released on March 22, 1987 by Megaforce Worldwide/Island, and was certified gold by the RIAA on July 31, 1990. The BBC has described the album as “arguably their big breakthrough”, and “often cited by fans as their favorite Anthrax album”. Drummer and principal songwriter Charlie Benante has referred to Among the Living as Anthrax’s “signature album”. The album was dedicated to the late Cliff Burton of Metallica who died in a bus accident six months before its release.

“Among the Living” is based on the Stephen King novel The Stand. “The Walkin Dude” is Randall Flagg, the main villain in the book, and the beginning verse: “Disease! Disease! Spreading the disease!\With some help from Captain Trips\He’ll bring the world down to its knees” refers to the virus that destroys most of the population in the novel. The song was released as downloadable content for the Rock Band series as a master track. 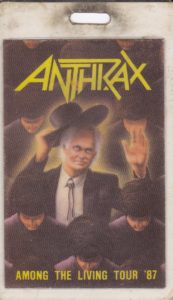 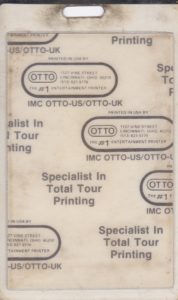 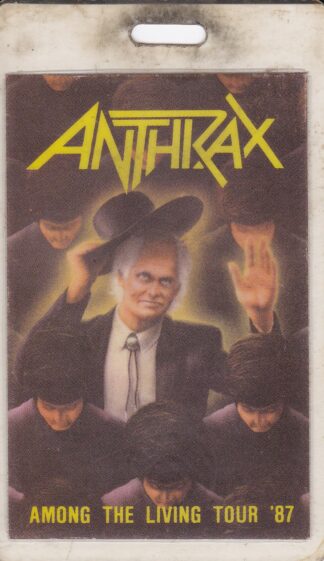