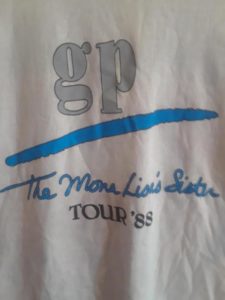 The Mona Lisa’s Sister, Graham Parker’s  We were on this tour ! Leased coaches to Graham ! Shit is in good condition but looks smaller then a Large !

Graham Parker (born 18 November 1950, Hackney, East London) is an English singer-songwriter, who is best known as the lead singer of the British band Graham Parker & the Rumour

OWN A PIECE OF ROCK & ROLL HISTORY

The Mona Lisa’s Sister, Graham Parker’s most compelling record in nearly a decade, is a raw meditation on desire and disappointment from a man who has felt — and feels — with a fierce intensity. In song after song, Parker examines how media images conspire with our own fantasies to create insatiable needs — and to drain satisfaction from any pleasure that is merely human scale. The wonderful paradox is that even as Parker has fashioned an album whose tough resignation is a razor’s edge removed from despair, he finally manages to meet the torturous standard of his own ambitions.

Parker was born in Hackney, East London in 1950. He was a pupil at Chobham Secondary Modern School in Surrey. After the arrival of the Beatles, Parker and some other 12/13 year olds formed the Deepcut Three, soon renamed the Black Rockers. None of the members actually learned to play their instruments, however, and were merely dress-up bands, adopting Beatle haircuts, black jeans and polo neck sweaters. By the time Parker was 15 he was a fan of soul music, especially Otis Redding, and would go to dance clubs in the nearby towns of Woking and Camberley where there was a thriving appreciation of soul music, Motown and ska. Parker left school at 16 and went to work at the Animal Virus Research Institute in Pirbright, Surrey, where he bred animals for foot-and-mouth disease research. At 18 he left the job and moved to Guernsey in the Channel Islands where he took a variety of jobs, picking tomatoes, digging ditches, collecting money from pinball machines, and working in a bakery. In Guernsey he bought an acoustic guitar and began to learn finger picking style and began writing songs with lyrics heavily influenced by the psychedelic music of the time. 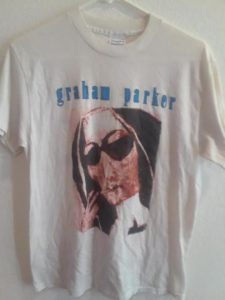 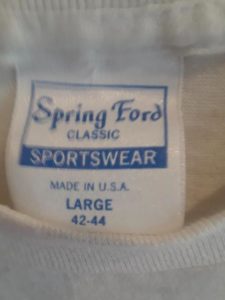 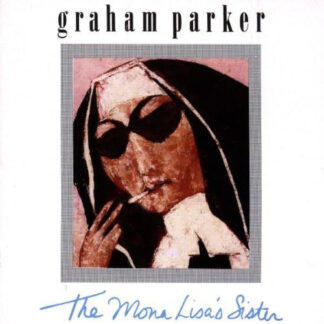