This tour is the only tour to feature live performances of “Rock and Roll Hell” and “Keep Me Comin” from the Creatures of the Night LP, although both would be dropped from the set almost immediately. “I Want You” returned to the set list for the first time since the Alive II Tour in 1978. The band sang the chant that opened and closed their new main single “I Love It Loud”, but by the tour’s end, this was changed and only Simmons sang it. 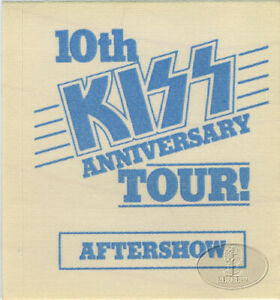 The Creatures of the Night Tour/10th Anniversary Tour[1] was a concert tour by the hard rock group Kiss in support of their album of the same title. It was the second tour with drummer Eric Carr, his first in his home country, and the first tour with guitarist Vinnie Vincent, (née Vincent Cusano) who replaced Ace Frehley.

Wearing a make-up design of an Egyptian “ankh”, Cusano was promoted as “Vinnie ‘The Wiz’ Vincent” who was “even weirder than we are” in the tour’s press release. The groups’ lucrative record contract with PolyGram required Kiss to be composed of founders Gene Simmons (bass), Paul Stanley (singer/guitarist), and Frehley.[2] The release did not say Frehley had quit, but instead stated Frehley was too injured from a recent car crash to tour, but might make appearances onstage when able. The band used group photos containing Ace Frehley for the tour’s press kits and ad material during early dates; these were used by promoters for advertising, so many fans did not realize Frehley was replaced until they came to the venues. Before Vincent was announced, new photos were taken and later dates featured the band with Vincent in show ads. 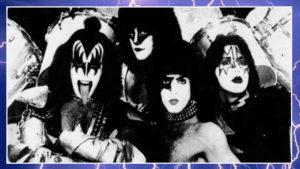